What is SUDEP Action Day?

SUDEP Action Day is a special day which brings organisations and people together to raise awareness of SUDEP (Sudden Unexpected Death in Epilepsy) and epilepsy deaths worldwide.
It occurs annually on the third Wednesday in October, this year will be on Wednesday 20 October 2021.

Launched by SUDEP Action on 23 October 2014 (as SUDEP Awareness Day), it shines a light on the largest cause of death in people with epilepsy, helping empower people through increased awareness, research and taking action to reduce epilepsy and SUDEP risks. 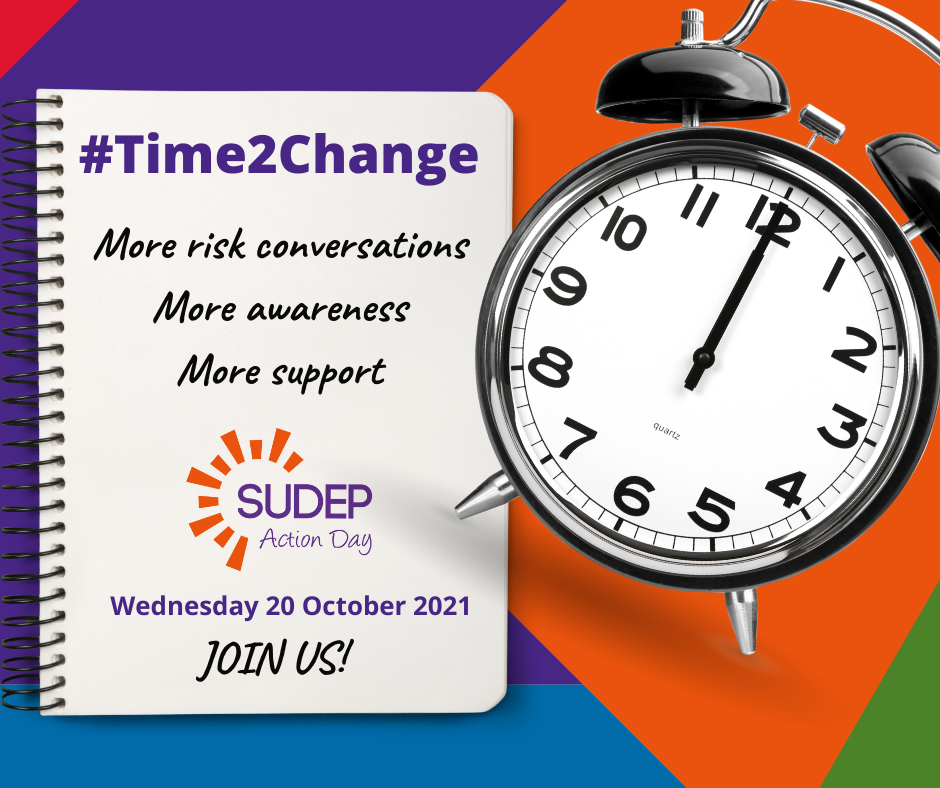 Not everyone with epilepsy is aware of or told about SUDEP (Sudden Unexpected Death In Epilepsy) and epilepsy risks, which can put them in danger of worsening seizures, injury or of dying prematurely.

People with epilepsy & their families WANT to be told about SUDEP and epilepsy risks. Many bereaved families were NOT told about SUDEP & wish that this vital information had been shared as it might have saved their loved one’s life.

It is #Time2Change this. So that every person with epilepsy, their families and health professional are not only aware of these risks (which can lead to death if ignored) but are able to take an active role in discussing, reviewing and reducing them.